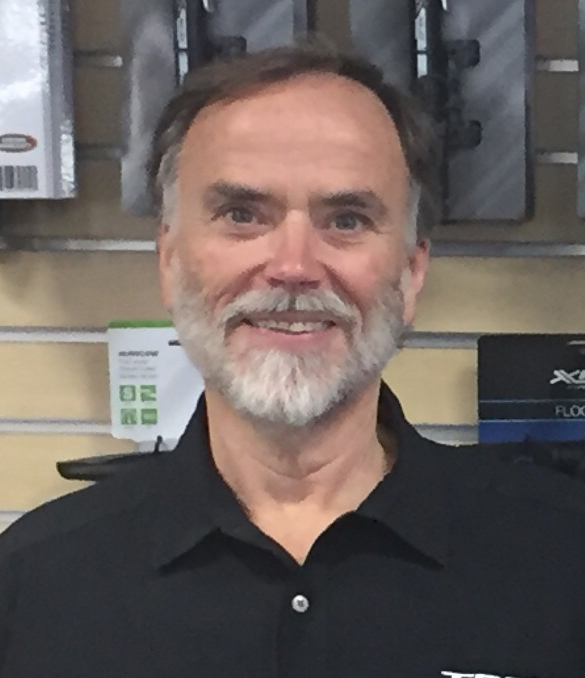 Every life has its moment. That pivotal experience which - more than any other - defines who we become. Some moments are easy to pinpoint. Other moments pass unnoticed, their effect unrecognized.

Randy Hall, former owner of the Bicycle Connection in Cockeysville, MD and current owner of Bicycle Connection in Bethany Beach, DE, knows his moment. It was the spring of 1973 and he was a 17-year-old junior at Delaney High School near Baltimore. He planned to attend business school and become a corporate giant. But all that changed in an afternoon.

Hall’s father, Bob, was an electrical engineer and upper level manager for Westinghouse. During Hall’s junior year, a bad economy forced Bob to fire many of the 100 employees under his supervision. Though the layoffs were difficult for Bob, the situation didn’t alter Hall’s corporate dreams until one afternoon when his father broke the bad news.

“I remember he came home early and he had been let go. He had done the dirty work of getting rid of all his people and then they let him go! I saw what a demoralizing effect it had on him and I kind of decided at that point that I was not going to find myself in a position of letting someone do that to me... I was going to be my own boss,” Hall told SPOKES. That was Hall’s moment.

The teenager quickly informed his high school guidance counselor that he would not be going to business school and the he wanted to be released from high school immediately. “I remember the counselor giving me a hard time,” Hall said with a chuckle.

Though Bob was eventually re-hired, the younger Hall’s decision was made. “My dad (was) the buttoned down kind of guy who followed the rules and now we was getting thrown out to the wolves. I wasn’t going to follow that same track,” he said.

Though Hall was required to take one more class his senior year, he went ahead with his plan to start a business. Hall had ridden and fixed bikes as a child, but wasn’t a die-hard cyclist. “I didn’t know anybody who owned a bike shop when I was a kid,” he said. But his father once purchased a bunch of beater bikes which Hall fixed and sold through the classifieds. So a bike shop seemed as good a business as any.

By the summer before his senior year in high school, Hall found an old, vacant building at the corner of York and Warren roads in Cockeysville. The building was a somewhat dilapidated 4,000-square-foot auto showroom with a leaky roof and boarded up windows.

The owner was an elderly widow who – for $400 dollars a month – was happy to have help with the taxes and someone to prevent break-ins. And with characteristic luck that has followed Hall throughout his career, he found another elderly widow who took a liking to the young businessman and agreed to extend the teenager a line of credit.

With half a dozen bikes, a few tools and his father’s name on the lease, Hall opened his first bike shop in July 1973.

It was the start of a 40+ year career that would take Hall through five different locations before returning him to the very parking lot were he began.

Hall himself has always been more of a casual cyclist.  He also believes his singular focus on cycling has kept customers coming back. “I sell bicycles. I don’t sell skis or tennis racquets or motorcycles or stuff like that. And I think by serving one master you do a better job,” he said.

After all these years, Hall continues to work at least five days a week and, he says, he has no regrets about skipping business school and rejecting the corporate world.

“I could be out there being a stock broker or selling cars or something, but you’re not going to have as much of an impact on other peoples lives,” he said. “(It’s) kind of cool that I see people come in now who I sold bikes to when they were kids who have kids of their own... it’s neat that they remember you.”

Hall says, unless he encounters another one of life’s pivotal moments, he has no plans to change. “I have been very fortunate.”